A History of $ man 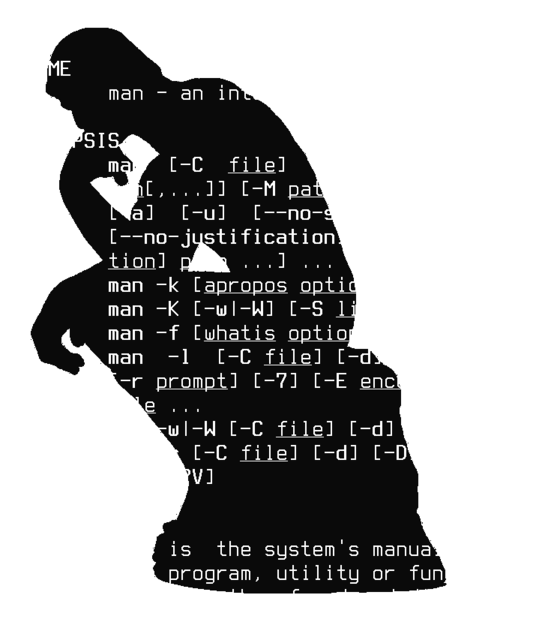 A man page is a form of online software documentation found on unix and unix-like computer operating systems.

man is the system's manual pager. Each page argument given to man is normally the name of a program, utility or function.

They are usually very dry.

There are generally 8 classes of man pages

Most systems have different, modified, or additional sections.

groff was the GNU port of troff and was also the first Open Source implementation of a RUNOFF derivative.

Dennis Ritchie and Ken Tompson at Bell Labs November 3, 1971 published the Unix Programmer's Manual with the first version of UNIX. 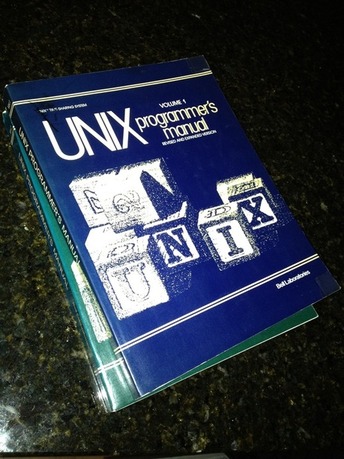 Doug Mcllroy (Dennis and Ken's Manager) insisted they include documentation for Unix.

To this day every (well made) *nix program comes with a man page.